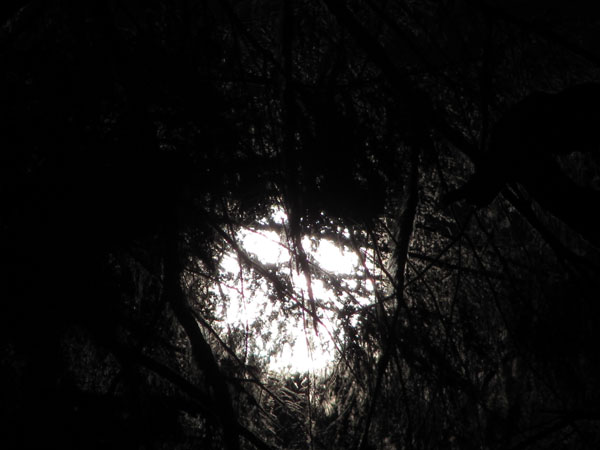 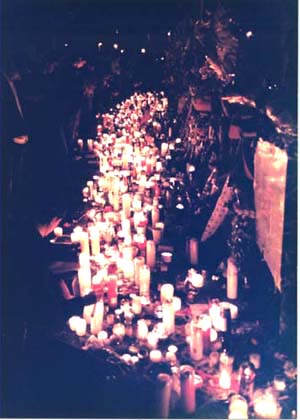 I was in Manhattan on that terrible morning. I stood on University Place and 10th Street, about 30 – 35 blocks north of where the Twin Towers once stood, and watched in shock. I could see the orange glow of the flames and thought, how are they going to get all of those people out of there? Traffic had stopped moving downtown at that point and I was surrounded by about 200 people, all of us standing in the street, staring at the Towers. Suddenly the first one fell. It quickly dropped straight down and disappeared behind the buildings in the foreground. It is an image seared into my brain. Everyone on the street, out loud and at the same time, gasped and said “Oh my god.” I shot the photo of the candles in Washington Square Park on 9-15-01.